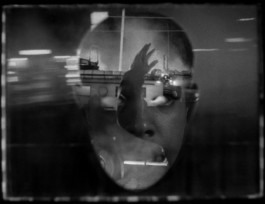 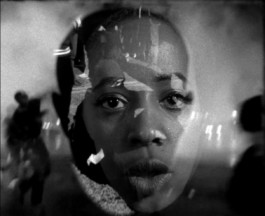 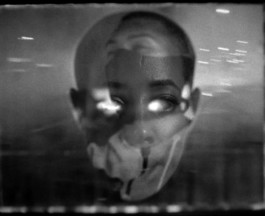 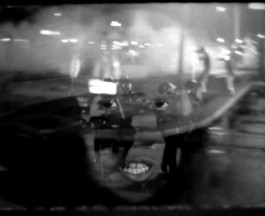 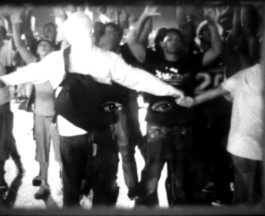 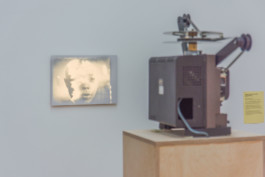 A collaboration with Ladan Hussein of Cold Specks, using 16mm masking and in-camera collage for the song Season of Doubt . A dissolving portrait of Ladan is layered with moblie phone footage of protests in Ferguson, USA. Selected for exhibtion at Bloomberg New Contemporaries 2017/18.

“I was in America when the Ferguson grand jury decision was announced. I was there again when it was announced the police officer who placed Eric Garner into a fatal chokehold would not be indicted. I felt an overwhelming sense of sadness. I just kept thinking of my baby brother. My brother is 12 years old. The same age as Tamir Rice, the child who was shot and killed as he carried his toy gun. It could’ve been him. I shouldn’t have to remember the first time I was called a n***** as vividly as my first kiss. I shouldn’t have to experience and witness the burden of being black in 2015. It shouldn’t have to be this painful. The video for ‘A Season of Doubt’ was made with these feelings in mind.”
Ladan Hussein, Afropunk.com

“Season of Doubt employs the outdated filter of 16mm film in order to reposition contemporary footage taken from the 2014 protests in Ferguson, which unfolded from the fatal shooting of black teenager Michael Brown by a white male officer. Using techniques of masking and in-camera collage the video merges a dissolving portrait of singer Ladan Hussein with mobile-phone footage of the protests. As Hussein’s visage flickers between an anonymous mask and the details of her features, her mouth creates a persistent, moving whole in the black and white images which resemble history but are in reality less than four years old,”
Kathryn Lloyd, Art Monthly (February 2018)