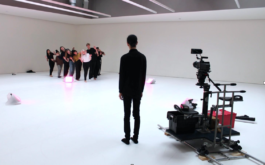 Socially engaged artists and curators whose work relies on interpersonal relationships and the physical proximity of people have, like everyone else, been given pause by the Covid-19 crisis. When your primary medium – the public realm –  is taken away from you, how do you continue to work?

A wave of redundancies in education departments in the US and Europe may seem to herald an existential crisis for gallery education here in the UK. A particularly galling example is set by MoMA in New York, which, despite being one of the wealthiest museums in the world (with a reported endowment close to $1bn) terminated all 85 of its contract educator assignments, signing them off with the disturbing remark – considering the inequities of American health insurance – that they wish their former employees and their families ‘safety and health in this difficult time’. In a report by the online arts publication Hyperallergic, one freelance educator made redundant by MoMA articulates the folly of such a move, at a time when the relationship between arts institutions and their audiences is under unprecedented strain: ‘I’m not sure what a museum is without education, especially a closed museum for which I would argue education is even more crucial.’

For the time being, most galleries in the UK have been able to hang on to their education departments, and many have repurposed them as engines of online content and resources for adults and children looking for creative stimulation during lockdown. Henry Ward, an artist and director of Freelands Foundation, a charity which supports emerging artists and arts educators across the UK, speaks on the one hand of the value for these departments of stepping into the foreground at a time when others might be at a loss, but on the other of the risk of generating ‘noise’ which threatens to ‘undermine the more serious aspects of what arts education could be about on the other side of it’. Adding to concerns about credibility are even more immediate issues of access: craft activities that rely on goodwill, entrepreneurship, time, and access to devices and broadband are only going to reach a somewhat privileged audience – something I struggled with directly when a project I was leading at Serpentine Galleries had to be unceremoniously cut short because the percentage of children involved who had the means to communicate with us remotely was too low, making a transition to online ways of working untenable.

There is a further issue: although gallery staff have, for the most part, been kept on or furloughed, this sector relies disproportionately on freelance contracts for project-based work. Many self-employed artists who survive on ‘portfolio careers’ have fallen through the gap of the furlough/work-from-home new normal, unable to receive the emergency support available from Arts Council England, and often not qualifying for government grants for freelancers, which require recipients to earn more than 50% of their income from their self-employed activities. Although many galleries have honoured commitments to artists and freelancers for the current season, their funding having been allocated already, most artists I spoke to have had upcoming projects indefinitely postponed or cancelled. The future landscape for experimental projects looks rather unstable, as genuine concerns over the risks of gathering in groups, even after restrictions are lifted, remain.

A pause in the making of socially engaged artwork is not going to cause undue suffering in and of itself. But the artist Edwin Mingard (New Contemporaries 2020/21), who is currently finishing a film developed in collaboration with a community of young people which has experienced homelessness in Stoke, is clear: ‘On a Maslow hierarchy of needs, what we do is pretty tertiary … but what that hierarchy doesn’t encapsulate is that there is a time element to it … in the long term if we are to get through this, people need to feel heard, they need to be seen by others as well, they need to feel a sense of solidarity with the people around them, and they need to see their difficult experiences reflected back in a meaningful way. These things aren’t nice to have, they’re essential.’
Several galleries have opted for small-scale but sensitive responses to the sudden change, adapting and scaling back their engagement programme for the time being. Cubitt in north London, for example, has also simply redirected attention and resources to local charities working on the frontline of social services. Looking beyond lockdown, Sofia Victorino, the curator of education at Whitechapel Gallery in east London, says the next step is to speak with the gallery’s publics about the future and to ‘develop clear protocols in respect to what has been deemed appropriate for small gatherings’ while also ‘working out what the guidelines are for our local communities’. ‘As long as our guidelines are clear, and if our publics feel reassured about that,’ Victorino says, ‘I do think it will be manageable.’ At MIMA in Middlesbrough, the situation has re-energised conversations around handling the museum’s collection: ‘If schools are not able to visit the gallery, we will take art out into schools,’ says learning curator Claire Pounder. The artist Albert Potrony suggests that there might be interesting potential in working with smaller subsets of groups, in sequence, anticipating new dynamics in this kind of cascade form of engagement. And where sharing a space is not possible – because of continued restrictions – returning to forms of non-online communication may be necessary, perhaps by drawing from a history of postal art and artists’ presses (see ‘Networking the Bloc’, Books, AM436). It may be that building in the temporalities of older forms of correspondence will afford a different and more meditative quality. Although it is too early to say precisely how socially engaged artists will have to adapt, the potentially massive aesthetic implications of such changes will undoubtedly lead to interesting work that bears the imprint of the moment in which it was made.

We have all come to realise how inadequate online substitutes are for human presence and contact, but there are advantages to this kind of work too. Because the effort required to enter a new group is greatly diminished, the barriers to entry are lower. The Radical Education forum, usually held at Common House in Bethnal Green in east London, has had a considerable increase in participants since moving its meetings online. Distance is no longer a limiting factor, so sessions can be short and regular. The security of logging in from home, being able to see each other without having to hold direct eye contact, and the framing device of the laptop screen can, in my experience, generate moments of particular openness and intensity. It is an unnerving time for artists whose processes rely on intimacy, the hospitality of holding a space open for people, and the tacit understanding that comes from bodies being in a space together. There does not yet exist a convincing model for how to move this kind of work online, but I do believe that where it is possible, we have to move boldly, and take advantage of the opportunities presented.

There are also plenty of philosophical issues at stake when talking about work that takes social life as its subject and material. Under lockdown there is very little friction with people beyond our ordinary orbit. For many of us the tragedy itself is distant, happening beyond sight and scrutiny in ICU units and care homes. We have rarely been as disconnected as we are now from that which isn’t like us. How, moving forward, do we communicate across the lines that divide us? As this great interruption to our lives threatens to unspool both our private and social identities, many of us seem to be asking serious questions about ourselves and our institutions: what do we need to preserve, and what would we do well to leave behind? How do we continue to live, together?

If there remains an appetite for acting on these questions of communication and collective existence beyond the ‘end of the beginning’ of the coronavirus crisis, people working in the field of social practice are well positioned to respond. It is what they have been pursuing for as long as it has had a name – and longer. Since the very first Dada cabarets and the collective theatre of Bolshevik Russia, participatory art has been, according to Claire Bishop in her seminal work Artificial Hells, ‘a story that runs in parallel to the rocky fate of democracy itself’. She argues that the history of the form evolved around three key moments – the end of the First World War, the student movement of 1968 and the fall of the Soviet Union in 1989 – and I wonder whether we are currently living through a new rupture, a historic juncture in which we glimpse, if perhaps briefly, the possibilities of a different way of life.

Of course, despite our current uncanny unity of purpose, we are not, and never have been, ‘all in it together’. The think tank Resolution Foundation projects that the 800,000 school leavers and graduates due shortly to join the labour market are the most exposed age group to the likely unemployment surge caused by the economic fallout from the pandemic. Paul Dolan, a behavioural scientist from LSE, predicts that once the immediate threat of the virus abates young people will quickly realise they will be the ones picking up the tab: ‘the previous 30–40 years of growth have all been appropriated by older people. The lockdown is protecting them but the recession will damage employment prospects for the young … With the forthcoming recession, there is a significant chance that it will be used to deploy AI and technology to replace jobs in the future – we may come out of this with a large body of unemployable angry people. There is the potential that will turn into social unrest.’

I began this article in May, and could not then have imagined how quickly civil unrest would become the new paradigm. The police murder of black American George Floyd has triggered the biggest anti-racism movement in generations. There is an overwhelming anxiety about what happens next, but within that there is a productive anxiety that it cannot look like what came before. Looking ahead, as we take stock of the unfolding ramifications of our present moment, it is important to be vocal against the potential decimation of education departments in the coming recession, and for galleries to renew and reaffirm their commitment to the communities they serve. Of even greater significance is the continued commitment to value and elevate art made through creative listening and participation, and through shared imaginative as well as social spaces; art that through its processes hopes to contribute to change rather than merely represent it; art that is challenging and awkward as it strives for truth. My own feeling is that a new wave of social practice is due, one that doesn’t recoil from the uncertainty of the moment but embraces it as a vital force.